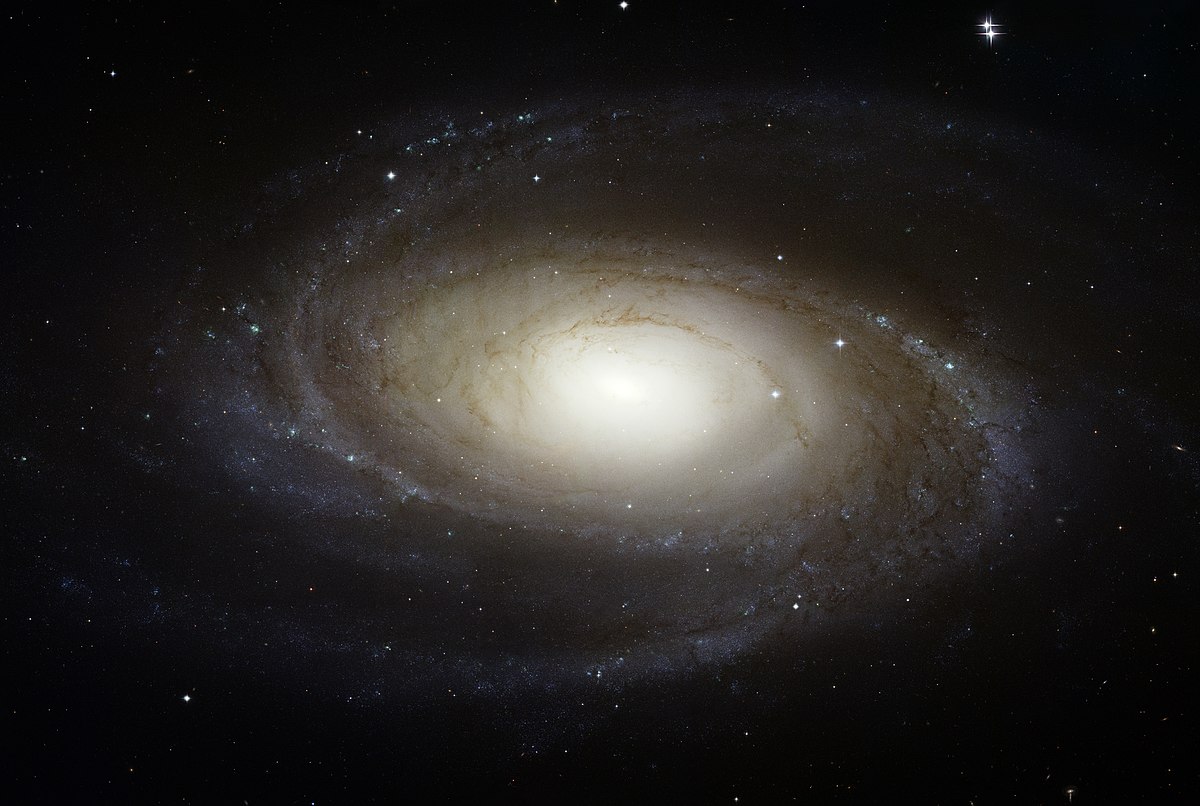 Messier 81 (also known as NGC 3031 or Bode’s Galaxy) is a spiral galaxy about 12 million light-years away, with at diameter of 90,000 light years, about half the size of the Milky Way, in the constellation Ursa Major. Due to its proximity to Earth, large size, and active galactic nucleus (which harbors a 70 million M☉ supermassive black hole), Messier 81 has been studied extensively by professional astronomers. The galaxy’s large size and relatively high brightness also makes it a popular target for amateur astronomers.

Messier 81 was first discovered by Johann Elert Bode on December 31, 1774. Consequently, the galaxy is sometimes referred to as “Bode’s Galaxy”. In 1779, Pierre Méchain and Charles Messier reidentified Bode’s object, which was subsequently listed in the Messier Catalogue. Messier 81 is located approximately 10° northwest of Alpha Ursae Majoris along with several other galaxies in the Messier 81 Group.

Messier 81 and Messier 82 can both be viewed easily using binoculars and small telescopes. The two objects are generally not observable to the unaided eye, although highly experienced amateur astronomers may be able to see Messier 81 under exceptional observing conditions with a very dark sky.[6] Telescopes with apertures of 8 inches (20 cm) or larger are needed to distinguish structures in the galaxy. Its far northern declination makes it generally visible for observers in the northern hemisphere. It is not visible to most observers in the southern hemisphere, except those in a narrow latitude range immediately south of the equator.